As the song’s structure and melody are somewhat straightforward, the song lends itself nicely to the banjo and makes for a manageable, uncluttered arrangement.  And, let’s face it, t’s always nice to play a song with a melody we all know.  Go ask the people who’ve been listening to you practice for the last six months.

At the very end of the song I strum a CMaj7 chord (which is essentially a C chord with a slightly mellower, jazzier feel).  To make this chord, bar 1st, 2nd, 3rd and 4th strings at the 5th fret with your index finger.  Then reach out and fret the 9th fret 1st string with your pinky.  It’s a pretty big reach and might be a little tricky for you at first.  Make sure that your palm is away from the the back of the banjo’s neck.  Your thumb should be firmly against the back of the neck and your wrist should roll forward slightly so that it, too, isn’t behind the neck.  This will give your fingers greater reach (particularly on this chord) and ensure that you fret with precision. (As a general rule, your palm should NEVER be against the back of the neck when doing any fretting!)

You’ll notice I mention this arrangement is in C.  More precisely, the arrangement is in the KEY of C (unlike, say, the key of G, which is the key of most banjo arrangements).  Typically, the key of a song is identified by the chord that begins and ends the song (this arrangement begins and ends on a C chord, btw).  So, why did I choose to write this arrangement in the key of C rather than the more commonly used key of G?  Because I found that, when attempting to transcribe the song’s vocal melody onto the banjo, the rolls became slightly more awkward to play in G.  More importantly, when played in G the song’s melody tends to be lower, making for (in my opinion) a less interesting sound.  We need to hear those higher notes – those are the notes that make the banjo sound so banjo-y!

Scroll down for tablature 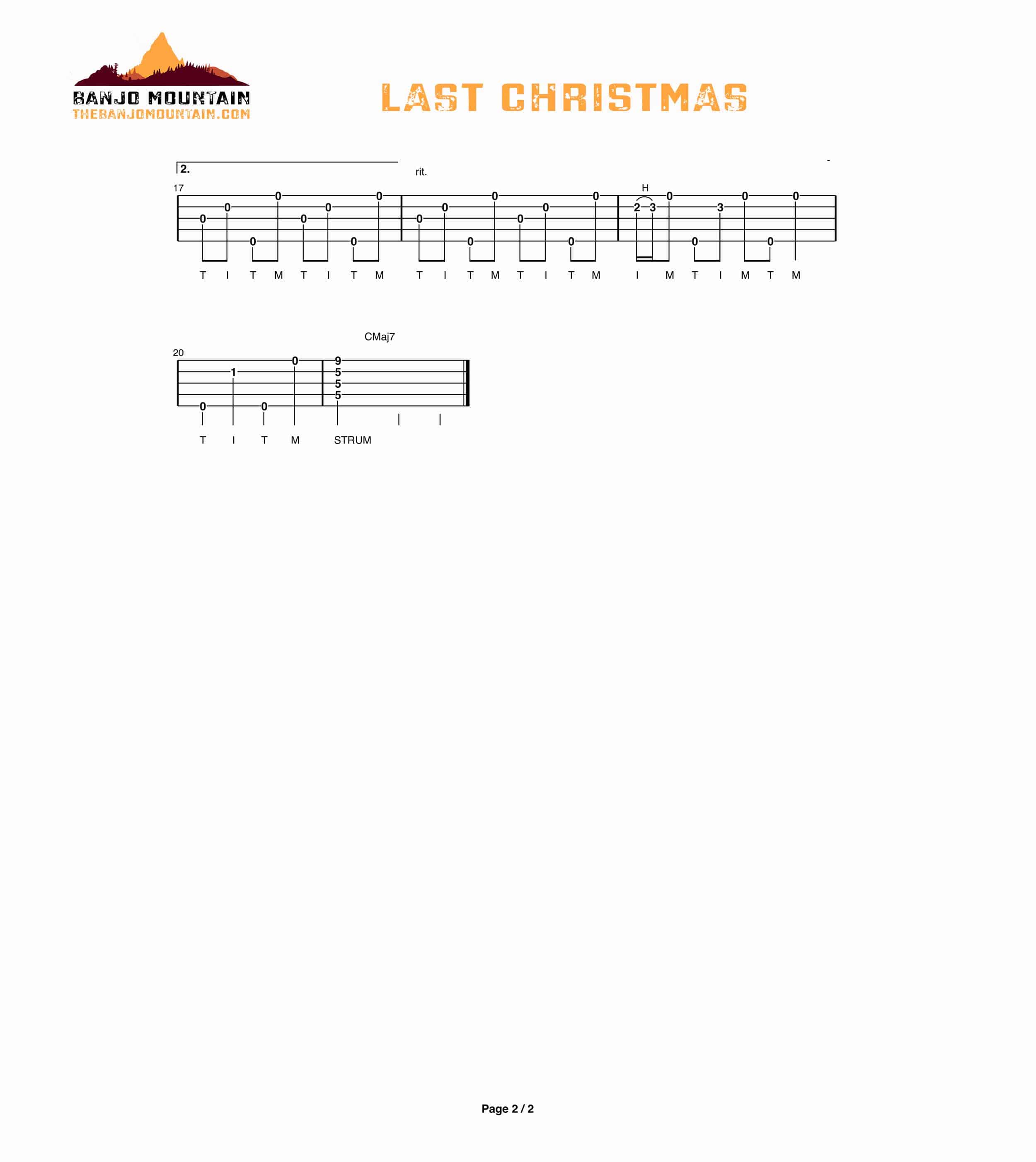