STORY OF A SONG
7

If you’re a banjo player (and if you’re reading this blog post, there’s a 99.9999% chance you are), it’s a pretty safe bet you’re familiar with the Earl Scruggs classic, “Foggy Mountain Breakdown”. Let’s face it, any bluegrass banjo player worth their salt not only knows this tune, but can play it. Or at least has tried to play it. It’s required listening for any aspiring bluegrass picker. It’s one of those tunes the general public can readily identify – albeit erroneously, usually confusing it with “Dueling Banjos” (hey, honest mistake, right?). Regardless of whether they think of it as the theme from Deliverance or the “chase” song from Bonnie and Clyde (which, BTW, it is), pretty much everyone, banjo player and layperson alike, knows what the song sounds like.

So that got me thinking. I’ve been playing that song for close to 43 years (I actually learned it within my first few months of banjo lessons). But I don’t think I’ve ever really considered the tune’s history. I mean, when you think about it, how in God’s name did Scruggs come up with such a dazzling composition, a jaw-dropping arrangement that managed to single-handedly revolutionize bluegrass banjo (and bluegrass music) the world over? Oh sure, I’d heard snippets here and there – how Scruggs had used Bill Monroe’s barnburner “Bluegrass Breakdown” as inspiration for the tune when Scruggs was still playing with Monroe’s Bluegrass Boys. But that’s about it.

So let’s get to our story…

Scruggs joined Bill Monroe’s Bluegrass Boys in 1945. During his three-year tenure with the group, Scruggs says he composed a tune called “Bluegrass Breakdown”. Unfortunately Monroe, as the guy in charge (and being -well – Bill Monroe), took full credit for the composition. Monroe saw the tune as the perfect vehicle to showcase his hard-driving mandolin style. Not surprisingly, it’s the mandolin, not the banjo, that’s the star of that tune. Three years later, when Scruggs and guitarist Lester Flatt tired of playing with Monroe, they set off on their own and formed the Foggy Mountain Boys. Realizing he’d hit upon something with “Bluegrass Breakdown”, Scruggs reworked the tune, altering its chord progression by removing the tune’s F chord and replacing it with an E minor chord instead. A relatively simple change, to be sure. But one that seemed to inject the new song with an energy and spirit that “Bluegrass Breakdown” could never match. This new tune was special –  like lightning in a bottle. And Scruggs knew it. The Foggy Mountain Boys recorded it in 1949. Almost immediately, people began to take note. And for good reason. No one had heard anything like it before.
In banjo player John Hartford’s words, “Here’s where (the banjo) steps out of the band and, instead of becoming a side man, becomes the lead instrument and the main thing…This is where he makes the transition from being a back up singer to the lead vocalist. You know, like a lot of lead singers around town start out as back up singers in other people’s groups and then they go and make their own record. Well, this is the first one where the banjo steps up there and becomes the star of the show.”
“The first time I heard Earl on the radio, I didn’t know what to think. I couldn’t tell if it was a banjo or electric guitar or if it was lightning bolts from heaven. I didn’t know – it was like these notes, and they glowed and they had light in them, and everything like that. And they were coming out of that radio like pile drivers, something like – like I was going to have to dodge them or something. I talked to an old boy one time, he’d been somewhere doing a carpenter job. And he said he heard “Foggy Mountain Breakdown” coming out of the house next-door, coming out the window. And he just went crazy. He went over and banged on the door and said, “ I got to know what that is.““
What’s interesting is that reaction is still fairly common today among people hearing the tune for the first time. And the second, third and fourth time. As far as banjo songs go, you simply cannot beat “Foggy Mountain Breakdown”.
Check out all of our Bluegrass songs here. 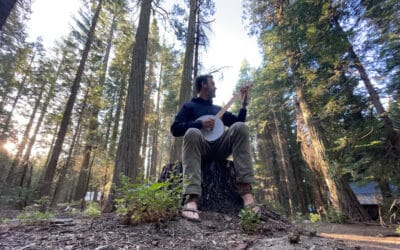 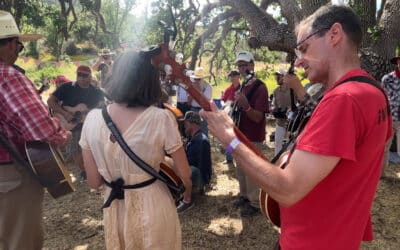 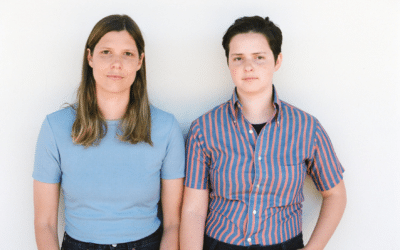