PICKS OR NO PICKS: PICKING YOUR WAY THROUGH THE PICKING PICKLE 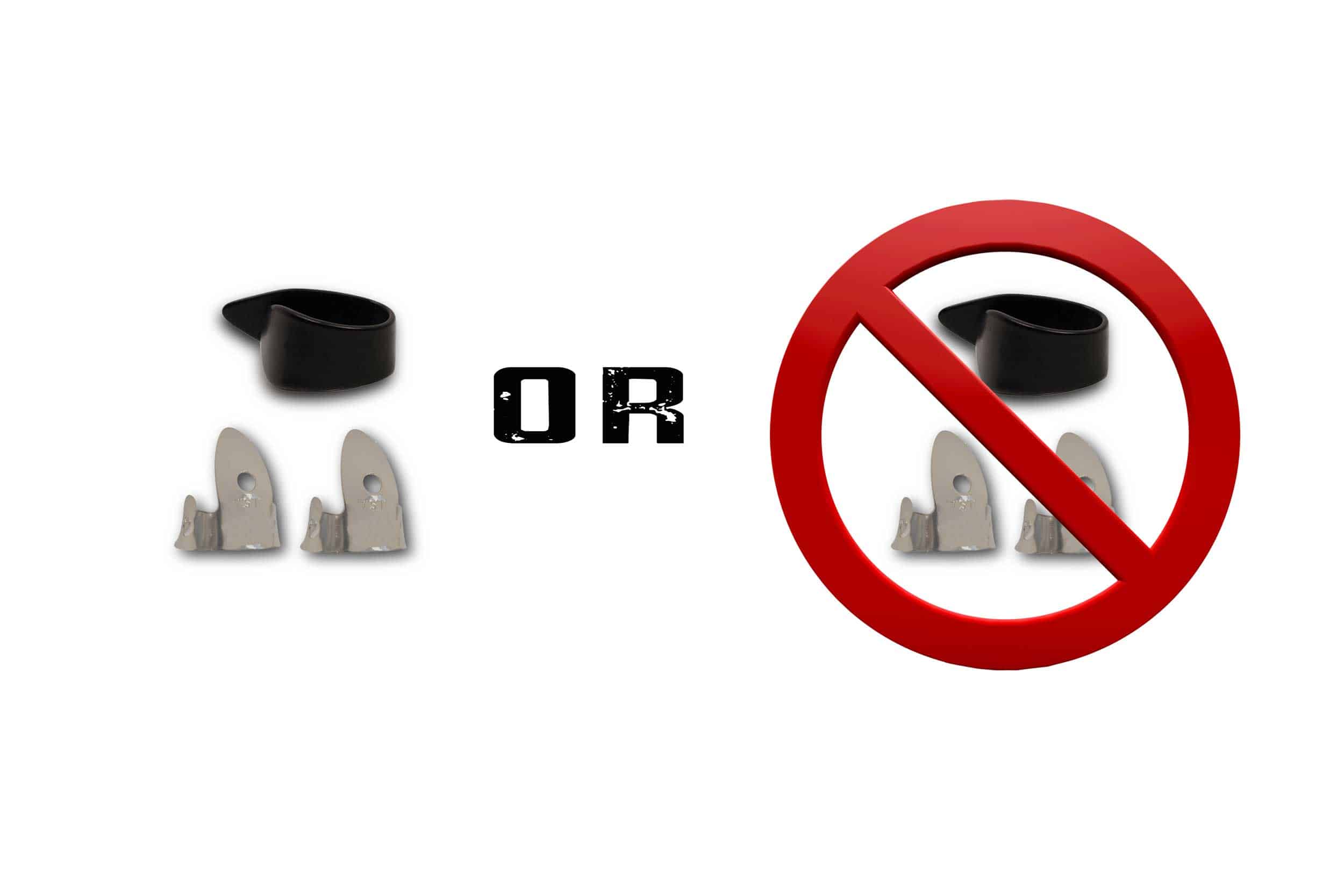 In the years I’ve spent teaching bluegrass banjo, I’ve often been asked by students if it’s imperative to use fingerpicks.

Perhaps you, too, have grappled with this question and have sought advice from “experts”. If you go online, you’ll notice the majority of people weighing in on the picks/no picks issue are fairly inflexible on the subject. Almost without exception, the consensus is a resounding, “Yes, you need to use fingerpicks if you are going to play Scruggs-style bluegrass.”

I’m always amazed by both the short-sightedness of this answer and the presumption inherent therein; namely, that people who learn bluegrass banjo have (or SHOULD have) the same goals and intentions as everyone else learning bluegrass banjo. You don’t need to be a banjo “expert” to know that this simply is not, nor could ever be, the case.

Before offering my two cents on the subject, we first need to come to an agreement as to what we mean when we say “Scruggs-style bluegrass”.

If we’re talking about the kind of banjo playing we hear in “Foggy Mountain Breakdown”, we’re definitely talking about “Scruggs-style bluegrass”. After all, Earl Scruggs wrote the song; it is generally considered the preeminent example of what we call “bluegrass” banjo picking.

Having said this, it’s still ok if you decide to forgo the fingerpicks. There is, however, one extremely important fact you’ll need to consider if this is the path you ultimately take: without fingerpicks, you won’t be heard when playing with other people.

True, there are tons of folks out there who are content playing by themselves, to themselves. I’ve taught many singer-songwriters over the years who play without fingerpicks. I don’t dissuade them from this, either. That’s because they use their banjo as a solo instrument in their performances and have little or no intention of playing/performing with other people.

You might want to briefly consider your banjo goals before plunging into lessons.

Is it something you want to become proficient enough at so that you can play with other people? Or is it more of an undertaking for private enjoyment – your “mental health” activity, an enterprise not contingent upon interaction with other musicians? (The catch-22 here is that it’s often impossible to answer these questions until you’ve started taking lessons.)

To play it safe, my suggestion would be to start out using fingerpicks. Banjo teacher Jack Hatfield notes that beginners “often end up wasting valuable practice time getting used to (fingerpicks) later. For this reason, it is best to use picks from the very first day.” You can always decide later whether or not to continue with the picks (keeping in mind, of course, the considerations I raised earlier regarding playing with other people).

So, there you have it, banjo peeps! Now go put those picks on (or not)!

If you liked this article would you mind sharing it using the buttons below? We’d be grateful if you did. 🙂